The Theory of Nothing by LondonIvy

This is an old revision of this page, as edited by colettesnow at 05:52, 27 September 2011. It may differ significantly from the current revision. 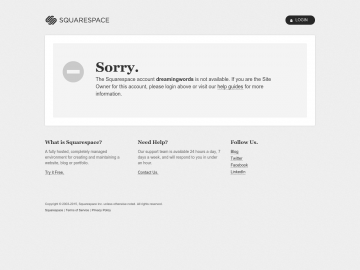 "Nothingness in a small world..."

The city of Guyet is the beginning, the birthplace of a new theory that is shaking the world. The Theory of Nothing states people are better off without emotions or feelings. Caught in the middle of the growing pains of the city are two average citizens trying their best to ignore the ramifications of the Theory, but it's becoming increasingly more difficult, especially when the very heart of the conflict is thrown in their faces by an unlikely young woman and her unwilling companion.

The Theory of Nothing has not been reviewed yet.

The Theory of Nothing has not been recommended yet.