The Bane of Bennu by Monica Mileti

This is an old revision of this page, as edited by muses-success at 09:00, 01 February 2014. It may differ significantly from the current revision. 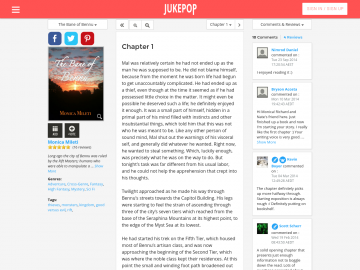 Long ago the city of Bennu was ruled by the Rift Masters; humans who were able to manipulate a mysterious energy called Power. The Rift Masters used this Power to open a gate to the realm of Tartarus, and took the native nightmarish creatures known as daimons back to their own realm to use as slaves. Four-hundred years after the Rift Masters mysteriously disappeared, Bennu is still filled with the monsters from Tartarus, though now the daimons are much harder to keep under control. Despite this, the Noble Class rules Bennu with an iron fist, and it is up to a group of thieves who call themselves The Bane of Bennu to keep these rulers in check. Everything changes when a mysterious man hires Mal, a member of the Bane of Bennu, to steal a daimon from one of Bennu’s government officials. Mal soon discovers that this job will be much harder than he assumed, and even if he does manage to succeed, he will be left with a creature that could put Bennu, and perhaps the whole human race, in grave danger.

The Bane of Bennu has not been reviewed yet.

The Bane of Bennu has not been recommended yet.