This is an old revision of this page, as edited by waltzingwithmonsters at 03:59, 11 October 2014. It may differ significantly from the current revision. 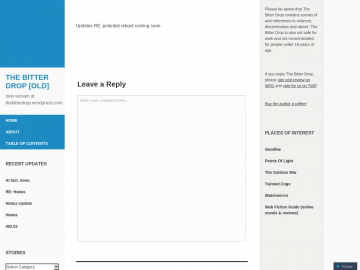