Rat Nothing by Evan Marcroft

This is an old revision of this page, as edited by muses-success at 11:02, 16 February 2015. It may differ significantly from the current revision. 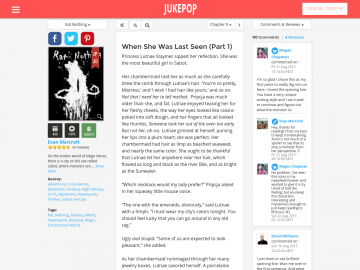 "Do Not Fear The Future; The Past Has Destroyed You Already"

Rat Nothing has not been tagged yet. Help others find Rat Nothing by tagging it!

Sabot is a living breathing monster born from a thousand words mashed into context and lexical clues. Fictional names for fictional things have a fitting pattern to them of type of person or kind of creature that provides understanding while being completely new and vibrant. Then enter Rat, a vicious byproduct of a city where everything is a turf war and nothing lives uncorrupted. She occupies…Read More

Rat Nothing has not been recommended yet.