In the Silence by Devon James 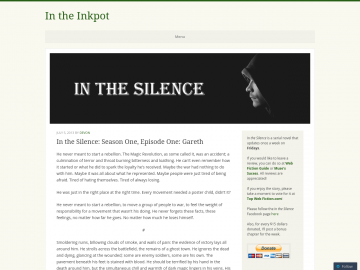 "The consequences of an accidental rebellion."

It’s the year 2013, and all Gareth wants is to lead a normal life. The problem? He’s a magic user, and the government believes magic users and werewolves are too dangerous to roam free. When he accidentally starts a rebellion, he struggles to keep his fellow rebels safe and delves into dark magic and finds the consequences could be fatal.

All they wanted was a place where they could live in peace. None of them thought their greatest obstacle to that dream would be themselves.

In the Silence has not been reviewed yet.

In the Silence has not been recommended yet.