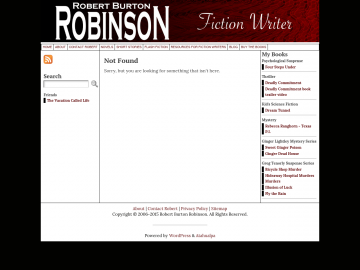 Dr. Hilbert Clydesdale, a retired dentist and chiropractor, is both brilliant and deranged. Twenty years ago, after his ideas were rejected by the scientific community, he became a hermit, working night and day on his outlandish inventions. Finally, he has a breakthrough: his advanced 3D printer and high-speed digital laser communication system succeeds in making a copy of an object and transporting it through space at unheard of speeds, and then reproducing the object in the new location—on a distant star.

There are more than 8 billion stars in the Milky Way Galaxy that may be capable of supporting human life. Dr. Clydesdale has selected seven of them as potential destinations for his experiments. After years of chain-smoking and little sleep, the 87 year-old doctor’s health is failing fast. But he’s determined that before he dies he will document a successful transport of a human to another planet. There’s no time to do testing with lab rats or monkeys. He’s convinced he has only a few days left.

He decides that his ideal candidate would be a young person who is smart and inquisitive. Better yet: two such persons, to give support to one another while visiting a strange planet. So, he selects two bright young teenagers, Riley Rangle and Rachel Oliver, who have recently won first and second prize in a national science fair. Riley goes to the doctor’s house on the promise of being the first to see his incredible inventions, but is disappointed to find that Rachel is already there. The teens are fierce rivals, and appear to hate each other. This is not what Dr. Clydesdale was counting on, but it’s too late to select replacement candidates. It’s now or never.

By tomorrow the doctor may be dead. And if Riley and Rachel are still alive, they may be stranded on some distant planet that bears little resemblance to Earth, walking around in bodies that are strangely unfamiliar to them.

Interplanetary Transmutation has not been reviewed yet.

Interplanetary Transmutation has not been recommended yet.