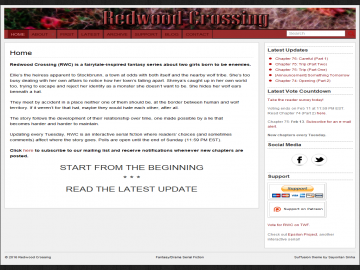 All her life, Shreya has been warned not to cross the border between wolven and human territory. Her mother and sister make sure to remind her how cruel humans can be. They tell her tales of their betrayal, about how they refused to live in harmony with the wolves, and how they forced them to live on lesser soil.

She doesn’t believe them. Shreya wants nothing more than to distance herself from her wolfishness and all the horrors that have been attributed to her kind.

Ellie, the village chieftess’ daughter, has heard similar things about the wolves – stories of their atrocities, their bloodthirst, and their hatred of humans. Her mother reminds her that their “peace” with them is on a razor’s edge, and that Ellie should prepare herself for the possibility of war.

Ellie’s not concerned about that, though. She spends her time wandering the nearby woods in search of a rare flower that’s said to bring back the dead.

In a fit of rebellion, Shreya breaks through a gap in the border wall and comes face to face with Ellie herself. Her hat hiding her ears, Shreya is mistaken for a human, and their initial meeting becomes the first of many…

Updating every Thursday, RWC is an interactive serial fiction where readers’ choices (and sometimes comments) affect where the story goes. Polls are open until the end of Sunday.

Redwood Crossing has not been reviewed yet.

Redwood Crossing has not been recommended yet.