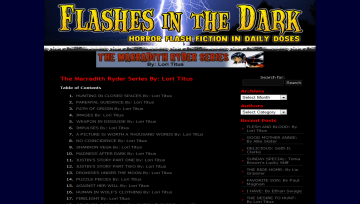 Marradith Ryder is abducted from her suburban home by a stranger. He says he was sent to protect her, and the enemies on their trail force them to become allies. But neither Marradith or her "captor" are what they seem.

The Circle is after Marradith, a shadowy organization with illusive ties in every sector.

Part chase story, part paranormal romance, Marradith finds out the secrets that her family has kept hidden from her. There are reasons that she’s being pursued, and Marradith’s identity is the key to the puzzle.

The story is fast paced and adventurous. A good read for fans of action or horror.