Trials of The Hunt by Akira Washington 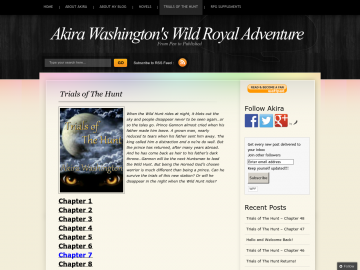 "The Wild Hunt has a new Huntsman, or at least it will...if the trials don't kill him first."

When the Wild Hunt rides at night, it blots out the sky and people disappear never to be seen again...or so the tales go. Prince Gannon almost cried when his father made him leave. A grown man, nearly reduced to tears when his father sent him away. The king called him a distraction and a ne’re do well. But the prince has returned, after many years abroad. And he has come back as heir to his father’s dark throne...Gannon will be the next Huntsman to lead the Wild Hunt. But being the Horned God’s chosen warrior is much different than being a prince. Can he survive the trials of this new station? Or will he disappear in the night when the Wild Hunt rides?

Trials of The Hunt has not been reviewed yet.

Trials of The Hunt has not been recommended yet.