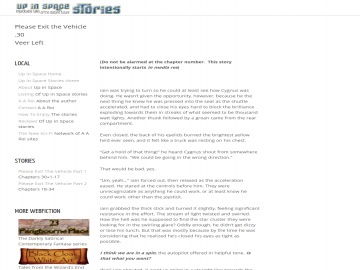 "The Satirical Space Adventure series by A A Roi"

Iain Compton didn't plan to be abducted by an alien spaceship. It just... happened. And now he's been awakened 22,000 years in the future and half a galaxy away by a pair of oddly human seeming aliens and a space ship A.I. that seems to have more than a couple screws loose. His plan is to find a way home, even if its unlikely to be remotely the same; to find a better class of companion in an often strange and inexplicable galactic community, at least one who won't use him for sell him out at the first opportunity; and to something about the parasites in his brain who are supposed to connect him to a library the size of the galaxy, but seem to only be telling him that almost everyone and everything he comes across is going to kill him.

But at least he can still send tweets.

Up in Space is a satirical space adventure in the tradition of Hitchhiker's Guide to the Galaxy and Red Dwarf, and is set in a universe similar but not quite entirely unlike A. A. Roi's sci-fi anthology series Dispatches from the Inter-Galactic.

Up in Space has not been tagged yet. Help others find Up in Space by tagging it!

Up in Space has not been reviewed yet.

Up in Space has not been recommended yet.