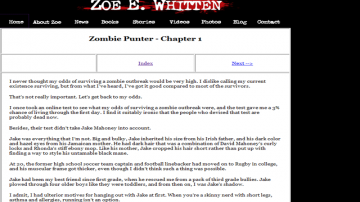 4 out of 4 users found this review helpful

The quality of this novel is somewhat lacking. But for a light-hearted, quick and easy read, it is perfect.

It's impossible not to feel empathy for Eugene, a stunted scientist that has a crush on his jock best-friend. He's looking for a cure for the zombie plague that has infested the whole world.

Allies quickly die, and become part of the zombie horde attempting to take over the world. Eugene has to kill his zombie parents (he never like them in the first place, but killing your parents isn't nice anyway), then deal with his growing attachment to his best friend.

I think there has been an attempt to attract a les/gay/bi audience, but those people looking for any depth in the novel will be sorely disappointed.

Thant being said, there is nothing wrong with the way that this novel is written, it flows nicely and is a comfortable read. A good way to fill in time.