Mists of Kel Doran: Season One - Dragon-Touched by Scott Matthews

This is an old revision of this page, as edited by mokd_3d at 11:57, 17 March 2018. It may differ significantly from the current revision. 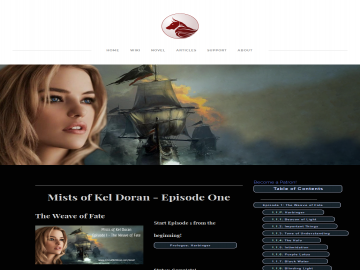 Mists of Kel Doran: Season One - Dragon-Touched has not been reviewed yet.

Mists of Kel Doran: Season One - Dragon-Touched has not been recommended yet.