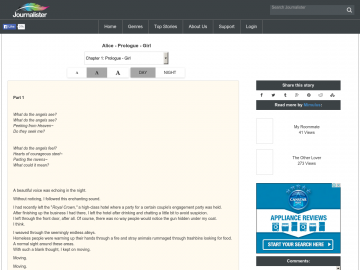 Dylon was a perfect young gentleman. His parents were rich. More than that, he was smart, charismatic and kind although a bit of a frivolous playboy. At least, he is on the surface.

The truth behind his parents' wealth-- Just what could it be? Of course, Dylon himself knows about it. Because he participates in such secrets behind closed doors.

At first, he was thrilled. Excited, even. Unfortunately, as the years went by, for him, it grew to be something tedious.

He thought that his life would endlessly flow in such a cycle. That is... until he met her.

Official Synopsis by the author, Mimulus.

Alice has not been tagged yet. Help others find Alice by tagging it!

Alice has not been reviewed yet.

Alice has not been recommended yet.