The Known Sword by Chad Battleheart 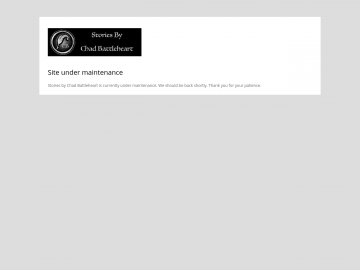 "The Known Sword is a fantasy adventure that takes place across Kingdoms, Empires, Worlds and Dimensions"

Finn is a lost soul, a once abandoned boy who is now a young man with no direction or purpose. He lives in a city with no name, for no one has yet controlled it long enough for a name to stick. An invisible force known simply as king wishes to change this. Finn decided long ago to stay out of king’s way. And then one day, he didn’t. King’s main enforcer, a brute known as Kole was about to kill a man on the street. Finn stopped him. And then he ran. Straight into a Paladin.

The Paladins. An order of gifted soldiers created when magic and those who abused it walked the world with no resistance to stop them. An order that many now see as outdated and un useful. No more so than the priests. If the paladins are the arms of the gods, the priests are their hearts and their brains, yet they do not control the arms. The High Priest has a problem with this, and if he cannot fight them with swords then he will fight them in the courts of the lands.

In a forest on the edge of reason sits a tree, known to be old, wise, and vengeful. An Exile trapped in an unmovable prison. He can smell the return of magic on the air, and he will not stay away from it. If magic is rolling its way back into the lands, then the Silver Skeleton’s death grip over the Floating Realms is waning. If the tree can get his way, he will see the Silver Skeleton finally laid to rest.

In that dream he is not alone. The denizens of the Floating Realms have been kept away from their playground for long enough. The deal brokered many eons ago between the Gods and their Creations needs to be revised, or destroyed. The Gods plot to remove the one thing guarding the gate between them and their Creations.

This is an ongoing fantasy serial

The Known Sword has not been reviewed yet.

The Known Sword has not been recommended yet.