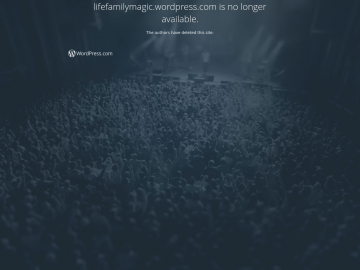 Kemia is a caring, if somewhat unexperienced young woman. At 16, she seems like she still has a child's imagination, but the ability to hear others' thoughts sets her apart from most of her adopted family. Faced with the threat of starvation if she doesn't hunt and go to the town, the other option might be dreaded marriage.

The first chapter packs a powerful message, and introduces me to the character in a great way. I felt immediately drawn into the storyline - I wanted to know if Kemia had family, or if she was hunting by herself, and why she had these urges to save small children at the threat of losing her own life. It also introduces the system of magic well - Armoured Dragons that can kill with a sound. I loved this idea of dragons, and I was drawn to the fact that it was the dragon's song which was dangerous.

I was worried that this story would disappoint me, but I found myself pleasantly surprised. The world building the author has put in, and the time she has obviously spent on this project is great. Webb has young children, and it reads into the text nicely. I tend to pick up how accurate a relationship the author has with children (although I've been wrong before) because sometimes the things expected of children in novels is unrealistic.

The dialogue was a little stilted for me, but I imagine that the later chapters and later drafts will improve this novel. Also, the details of the knife jolted me out of the narrative. I appreciated that the author wanted to get its importance across, but it just seemed awkward after the human contact that had just been displayed. I wasn't convinced by the introduction to the marriage storyline. For some reason the dialogue there just felt stilted, and I felt like more could have been done with it.

Webb is good at grabbing the reader's attention back though, as evidenced by my Ah moment! I was just thinking to myself, how inappropriate for Kemia to consider a haircut, and then her ma picks it up too! I wondered almost immediately whether Kemia was also able to do this, and the author didn't keep me waiting to guess.

I didn't know why there was a chapter titled 'Bonus material'. I think it could have fitted in nicely into the end of Chapter 1, or as Chapter 2. I don't always read bonuses, and so if I hadn't in this case I could have missed out on something that gave me more insight into Kemia's relationships with the other characters.

I did not like the way each sentence had its own line, or almost. I appreciated that it broke up the somewhat stream-of-counciousness narrative style, which can be overwhelming in large clumps of text. Also the format of publishing online can often be disruptive, and laying things out with lots of 'blank space' is a good thing.

There was a little much 'telling' rather than 'showing', but again I have hope that Webb will improve as the novel goes on. It is just so hard to get a good impression from a couple of chapters! I did fine myself at the end of Chapter 4 and thinking 'Oh no, that's it for another week!'

I got off on both a good foot and a bad foot for this novel. I was requested by the author to review her book, so that was exciting. I'm not sure I'll ever get over the excitement of someone actually asking me to read books for pleasure! The bad thing was that when I went to the Blurb of the book, I found it a little fragmented and I got confused about what the story was actually about. The good thing about this being an online book means that it is easy for the author to fix that! She has also recently updated the page.

I don't know whether I will keep reading this novel past the first couple of chapters, as I've never been particularly good at remembering to check. I do use GoogleReader religiously now to keep up with all the other reviewing blogs (and some makeup/nail art blogs) so it might have a chance. Not necessarily though, as I like to read my novels in a big hit. I find it useful to keep a novel on my laptop in order to read it wherever I am though, and without having the foresight to open the page before travelling, it isn't possible with this novel. It is certainly not a critique of Webb's writing.

I'd recommend this book for older children and teens at this stage. Unless the later (unpublished) chapters contain huge amounts of sex and violence, I don't think this will change. I don't think there was anything particularly contentious - just a good, easy read.

I was asked by the author to review this book, but I have not received any monetary compensation, or had her opinion influence the review I have given in any way.